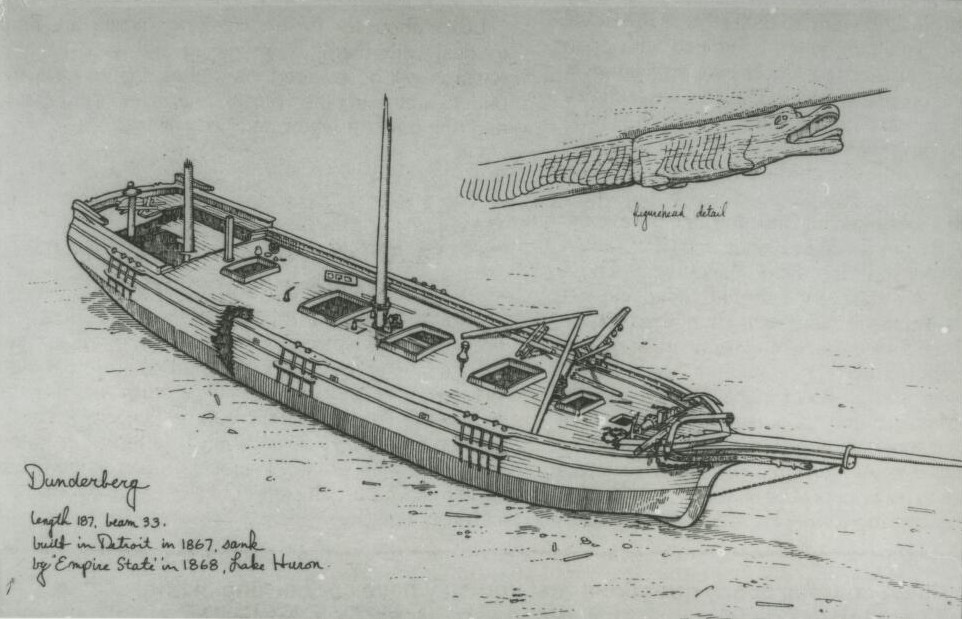 Built by J.M. Jones of Detroit and launched in 1867, the Dunderburg was a three masted schooner. A short year later, she was lost in a collision with the Empire State in the late evening of August 13th 1868. It was reported that a female passenger fell overboard and drowned during the impact, the only loss of life in the disaster. Rediscovered in 1971, she sits at a depth of just over 150 feet, a perfect wreck for technical and “rec-tec” divers to explore. Be sure to take note of her interesting alligator figurehead. Two of her three masts are still intact and there is still grain in her holds. We visit the Dunderburg from Harbor Beach.*Special thanks to Robert Mcgreevy for the use of his artwork for this shipwreck*