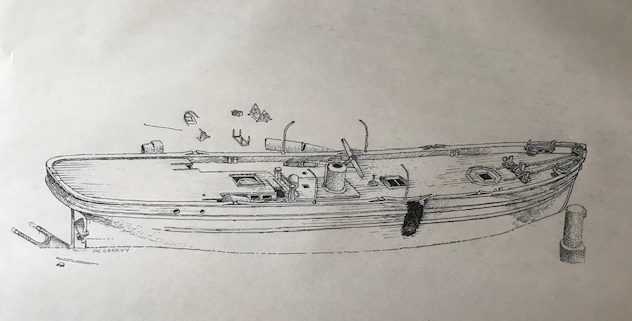 Launched in 1855, the E.P. Dorr was a lumbering tug, constructed of wood and 161 feet long with a substantial weight of 300 tons. Sadly after only a year of faithful service, she met her fate in the summer of 1856 during a collision with the steamer, Oliver Cromwell. Despite sinking in a mere three minutes, the crew was able to escape and were taken aboard the Cromwell, which returned to port, reporting the loss. She was insured and the loss was estimated at 10,000 dollars. She now rests upright and intact in 170 feet of water. The Dorr is a great wreck to explore for advanced technical divers. She is also a great site for divers to further their experience and hone her skills. We visit the E.P. Dorr from Harbor Beach.*Special thanks to Robert McGreevy for the use of his artwork for this shipwreck*